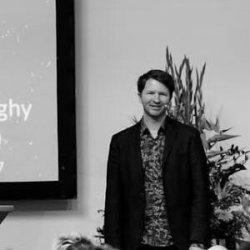 Trent’s long-term goal is to help ensure that humanity has a role in an increasingly autonomous world. He started his career doing AI research at the Canadian Department of National Defense. Then in 1999, he started a company doing machine creativity (ADA), which was acquired a few years later. He then started another company using AI to help drive Moore’s Law (Solido), which has now had global impact for chip design. Most recently, he’s working on a shared public database for the internet, to allow sovereign management of data and creative works (BigchainDB and IPDB). He’s also an advisor to the Estonia E-residency program, and several AI & blockchain startups. He has published a PhD, two books, and about 50 refereed papers and patents, with a focus on AI, creativity, Moore’s Law, and blockchain technology