Member of the Management Board
Stiftung Neue Verantwortung 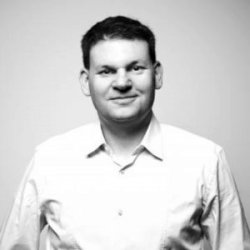 Stefan Heumann is member of the management board of Stiftung Neue Verantwortung (SNV). Prior to joining the board, he initiated and built the European Digital Agenda program together with Ben Scott and directed it until March 2016, laying the foundation for the further strategic development of the SNV into a think tank working at the intersection of technology and society. He has worked and published on a wide range of issues such as technology & innovation, cybersecurity, cyber-foreign policy, surveillance & privacy, and future of work. His opinion pieces and commentary have appeared in German and international media outlets such as New York Times, Financial Times, Politico, The Economist, Süddeutsche Zeitung and Spiegel Online. Stefan Heumann is a member of the advisory board of technology policy assessment of the German National Academy of Science and Engineering (acatech).

Topic(s)
"Techlash" - Why have our views of technology become so grim?
Speaking at
Talks 2018 | Evening @Telekom
Part of Startupnight / its events in
2018